It is less than a month away before the title’s debut and PlayStation has been certainly been generous. Gravity Rush 2 was showcased on several occasions this year, namely The Tokyo Game Show (TGS) which presented the public with a trailer earlier this year. Fans were introduced to Night Gale, the Delta Team, Kali the Guardian Angel, Durga the Angel of Destruction, and the chance to revisit Hekseville.

Sony presented some very enticing gameplay during a live stream coverage at PlayStation Experience this year, as well. They demonstrated off some classic moves, and some epic new ones too – such as the Surge Kick. You can check out here!

The demo comes out tomorrow, December 22, according to the PlayStation Blog as a little gift for the holidays. Thankfully, they have long-time fans and new fans to the series in mind. Two paths are available, one which allows players inexperienced with the gravity mechanics can give it a go. On the other hand, seasoned Gravity Rush players more familiar with Kat’s powers are provided more of a challenge.

Not only that, the animated production of the game “Gravity Rush – Overture” produced by Studio Khara will be released on December 26 – the day after Christmas. It’s as if there’s a second holiday! It will be available for everyone’s viewing pleasure on YouTube. According to the PlayStation Blog, the anime “bridges the gap in story that takes place between Gravity Rush and Gravity Rush 2.” Check out the trailer for the anime, above.

The Gravity Rush 2 demo will be available to download in the PlayStation Store, starting tomorrow December 22. “The Ark of Time – Raven’s Choice” will be a completely free DLC that comes with the purchase, but it won’t be available until March of next year.

Are you excited for the demo release tomorrow, Gravity Rush fans? What are you looking forward to the most? What are and have been your expectations? Let us know in the comments section down below. Don’t forget to check out our Twitter for all the gaming news as it happens! 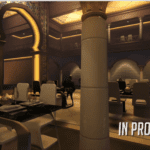 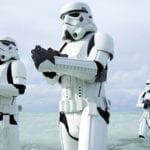