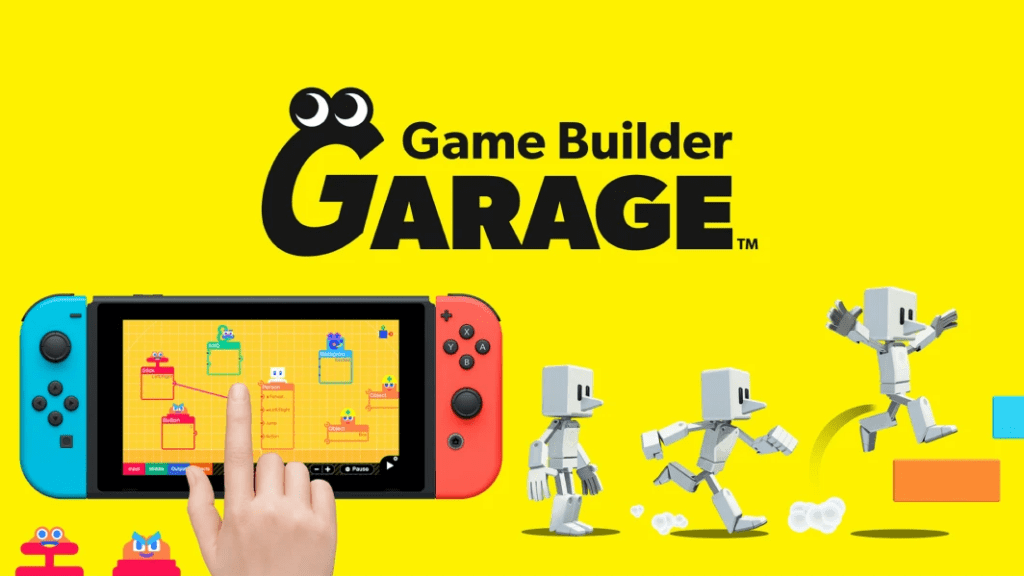 Now that a new financial year has begun, we will begin to see more on what’s to come for the gaming world. As for Nintendo, it looks like players will soon be able to create their own games with Game Builder Garage, which has officially been announced for the Switch.

Game Builder Garage will allow players to essentially become programmers and design their own video games for the Nintendo Switch. “Anyone can learn the basics of game design and visual programming with step-by-step lessons created by the minds at Nintendo,” reads the official description. You can check out the game in action in the video below:

Learn to make games from the minds at Nintendo! Build your own games from the ground up with the colorful and quirky Nodon when #GameBuilderGarage comes to #NintendoSwitch on June 11!https://t.co/OLw5XSTAMs pic.twitter.com/1A5ovEc5ZM

Players will be able to get help from the Nodon, “colorful creatures packed with personality in charge of things like moving your character, pressing buttons, and adding sound effects,” according to the game’s page on Nintendo’s website. There are also guided lessons that will help Game Builder Garage players build seven different games, including the likes of Thrill Racer, Tag Showdown, and more. Needless to say, this is going to help a lot of people maybe find their passion for making games while also having some fun in the process.

Game Builder Garage is set to officially arrive on June 11th for Nintendo Switch. Keep it tuned to Don’t Feed the Gamers as this story develops, and for other gaming goodness going on right now, check out the following:

What say you, gamers? Are you excited to see what you can create with Game Builder Garage when it comes to Nintendo Switch next month? Sound off in the comments section below, and be sure to follow DFTG on Twitter for live gaming and entertainment news 24/7!