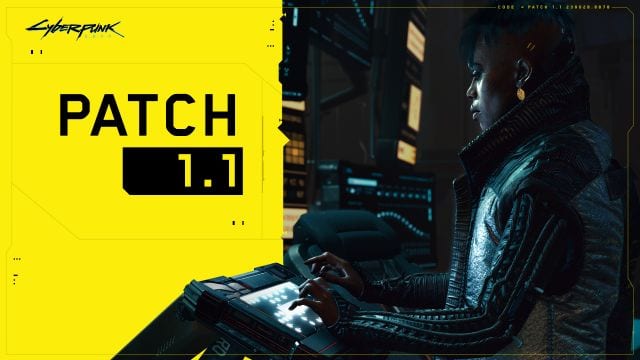 The devs at CD Projekt RED have had their work cut out for them following the release of Cyberpunk 2077, especially when it comes to the console side of things. They mentioned that some big updates would be coming in the future, and it looks like the future is now as patch 1.1 is officially available across all platforms.

Taking to the CD Projekt RED forum, the devs released the patch notes for patch 1.1, which includes several fixes for various bugs that have plagued the experience for many. Plenty of stability improvements were included for Cyberpunk 2077 players that should help improve characters, AI, navigation, and much more. In addition to this, many quest-specific bugs were fixed as well as some visuals and achievements.

Patch 1.1 is out on PC, consoles and Stadia!

In this update, which lays the groundwork for the upcoming patches, we focused on various stability improvements and bugfixes.

In addition to everything mentioned above, there are also some platform-specific issues that were addressed in patch 1.1. You can check out the full patch notes for the latest Cyberpunk 2077 update below:

During the recent apology video from CD Projekt, they noted that two major updates would be arriving in January and February, the first of which would arrive within 10 days. That update, of course, is patch 1.1, so now we have another major update to look forward to in the coming weeks. In the post on the forum, it was mentioned that they “will continue this work in patch 1.2,” referring to the various bug fixes and stability improvements. Needless to say, it will be interesting to see where Cyberpunk 2077 is in a month or two from now.

Cyberpunk 2077 is currently available for PC, PlayStation 4, Stadia, Xbox One, and new-gen systems via backwards compatibility. Patch 1.1 is also available now across all platforms. Keep it tuned to Don’t Feed the Gamers as this story develops, and for other gaming goodness going on right now, check out the following:

What say you, gamers? Are you excited to see what’s next for Cyberpunk 2077 in terms of patches? When do you think the title will get to the place that it probably should have been when it launched? Sound off in the comments section below, and be sure to follow DFTG on Twitter for live gaming and entertainment news 24/7!