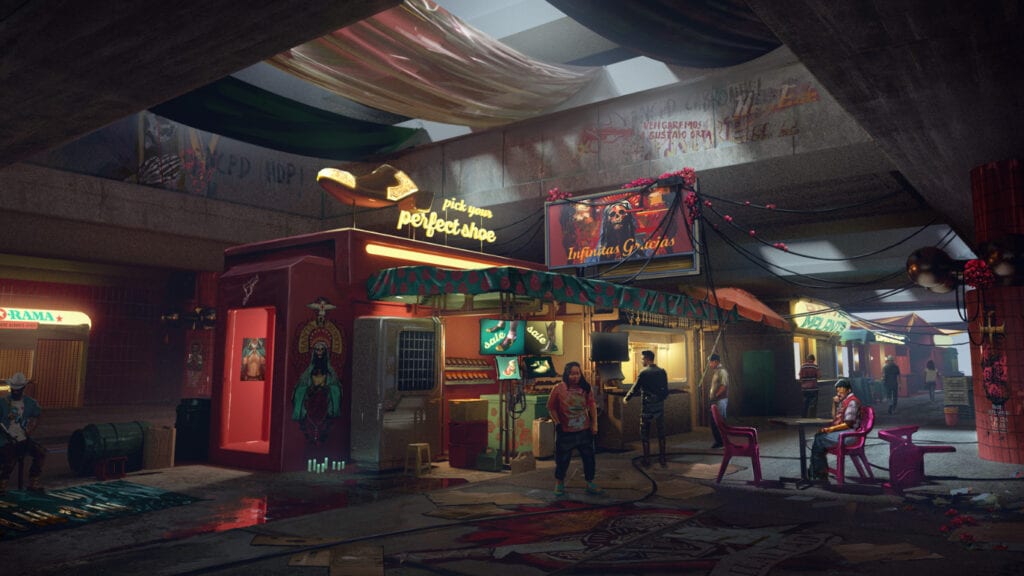 CD Projekt RED has been revealing more and more information about their upcoming futuristic RPG now that we are practically within reach of the launch. Sure, it is still a few months away, but that hasn’t stopped fans from getting excited. That said, the developers have been highlighting the various districts players will experience in Cyberpunk 2077, the latest of which is none other than Heywood.

According to the tweet from the Cyberpunk 2077 devs, Heywood is “the biggest bedroom in Night City.” Metaphorical, probably, but perhaps the neighborhood was constructed on a giant futuristic mattress? Highly likely, but one can only hope a little spring is put in the step of local residents that live amongst the modern skyscrapers in the north, or those who reside in the slums of the south.

Heywood is a neighborhood of contrast—from modern skyscrapers and parks in the north, to dangerous, inhospitable slums in the south. It’s “the biggest bedroom in Night City”, where gangs like Valentinos and 6th Street get down to business—legal and illegal alike. #ConceptArt pic.twitter.com/wc5i1sxsJB

As can be seen in the concept art above, the Heywood District features a plethora of various buildings, some modern, some dilapidated, but ones that a fair amount of people call home. However, this happens to be where some less-than-reputable people go to take care of business, including the likes of the Valentinos and 6th Street gangs. Needless to say, much like the rest of Night City, the Heywood District will be filled with all sorts of interesting people and will surely be an intriguing place to visit for Cyberpunk 2077 players.

Cyberpunk 2077 is currently in development and set to arrive on November 19th for PC, PlayStation 4, and Xbox One. Keep it tuned to Don’t Feed the Gamers as we learn more about the upcoming game, and for other gaming goodness going on right now, check out the following:

What say you, choombas? Are you excited to visit the Heywood District during your time in Cyberpunk 2077’s Night City? Have you decided which lifepath you will choose for your first playthrough? Sound off in the comments section below, and be sure to follow DFTG on Twitter for live gaming and entertainment news 24/7!

Spider-Man: Miles Morales Can Run In 4K At 60FPS On PS5