All of the speculation and rumors have led us to this point in time. Rockstar Games has officially revealed the Red Dead Redemption 2 release date, putting to rest any leaks that have previously popped up. In a post on their Twitter account, Rockstar unveiled the fact that the highly-anticipated sequel will be arriving this October. Check it out for yourself below:

In addition to the confirmation, the team also offered a statement regarding the upcoming title:

We are excited to announce that Red Dead Redemption 2 will be released on October 26th 2018. We apologize to everyone disappointed by this delay. While we had hoped to have the game out sooner, we require a little extra time for polish.

We sincerely thank you for your patience and hope that when you get to play the game, you will agree the wait will have been worth it. In the meantime, please check out these screenshots from the game. We look forward to sharing a lot more information with you in the coming weeks.

With thanks,
Rockstar Games

This is fantastic news considering how many false leaks, delays, and rumors have been circling around the next step for the highly-anticipated sequel to the Redemption narrative. Now that we have a solid date, we’re sure to see an even bigger reveal at this year’s E3! For now, however, let’s go ahead and drool over all of the new screenshots released by Rockstar:

As stated above, now that we have a concrete Red Dead Redemption 2 release date, it likely means that Rockstar will be showing off even more of the game in the coming months. This is especially true for this year’s E3 in June, but who knows when they’ll decide is a good time to divulge such information. Either way, exciting times are ahead for gamers.

Red Dead Redemption 2 will launch on October 26 for PlayStation 4 and Xbox One. No word on a PC release as of yet, but you better believe we’ll let you know as soon as we find out. Keep it tuned to Don’t Feed the Gamers as this story develops, and for other gaming goodness, check out the following:

For more RD2 and other hot gaming and entertainment news, be sure to follow DFTG on Twitter for our 24/7 feed to keep you in the know! What do you think about the release date for Red Dead Redemption 2? What are you hoping to see from the new game? Sound off with your thoughts in the comment section below, and tell us all about it! 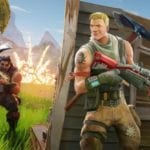 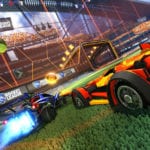