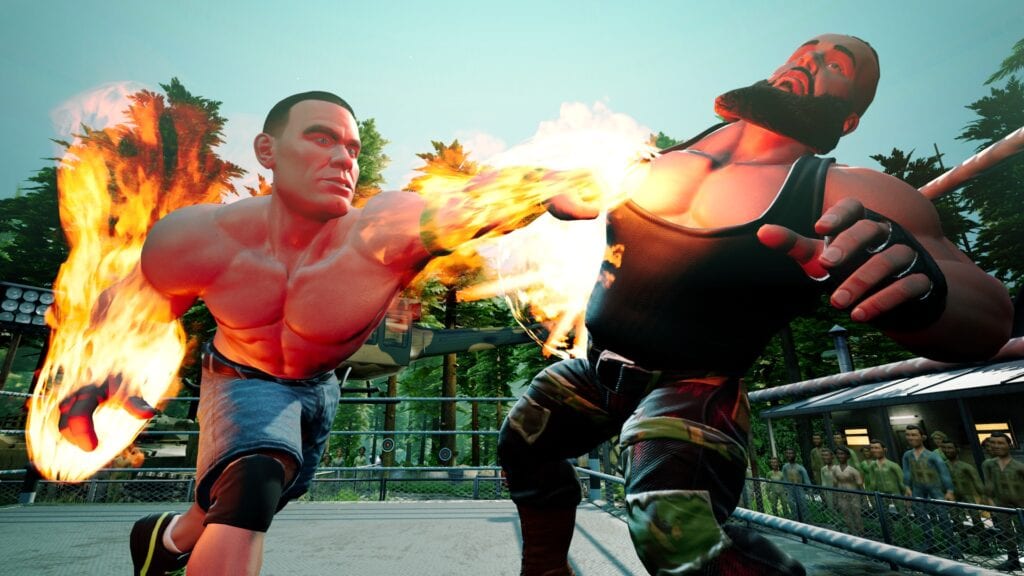 Following the glitch-ridden disaster known as WWE 2K20, publisher 2K announced the annual follow-up, 2K21, would not be released, with the company instead producing a spin-off title in its place. This past April finally saw the reveal of WWE 2K Battlegrounds, an over-the-top arcade-style offering in the vein of colorful battlers of yesteryear such as WWE All-Stars. A number of new gameplay details have now been revealed alongside a release date, a well as a new trailer.

As per a recent press release, WWE 2K Battlegrounds is now confirmed to release on September 18th for Google Stadia, Nintendo Switch, PC (via Steam), PlayStation 4, and Xbox One. Presenting a cartooney and super-powered version of pro wrestling, the title is set to give players a roster of over 70 WWE superstars, with even more confirmed to be released as free post-launch DLC. Battlegrounds is confirmed to have a number of creative modes, allowing the creation of custom arenas as well as Superstars with “different body types and sizes, facial features, clothing, hair and fighting styles.”

WWE 2K Battlegrounds includes a number of different modes for players to dive into. ‘Exhibition’ assembles up to four players for a quick, local or online match; ‘Campaign’ sees players compete for a WWE contract in an over-the-top story mode; ‘King of the Battleground’ pits eight players against each other in an online battle royale, and ‘Online’ lets players compete in tournaments and Exhibition matches all around the world.

As mentioned before, quite a few characters are slated to be part of WWE 2K Battlegrounds at launch, including the expected array of top talent like Roman Reigns, Becky Lynch, Randy Orton, and Kofi Kingston. However, the game is also set to bring a number of inactive or retired Legends into the mix such as The Undertaker, The Rock, and “Stone Cold” Steve Austin. While several athletes such as Edge are listed in various special edition pre-orders, 2K made note that each of these characters “can also be unlocked by achieving in-game objectives” with “no additional purchase necessary.” A list of all currently confirmed wrestlers can be viewed below. 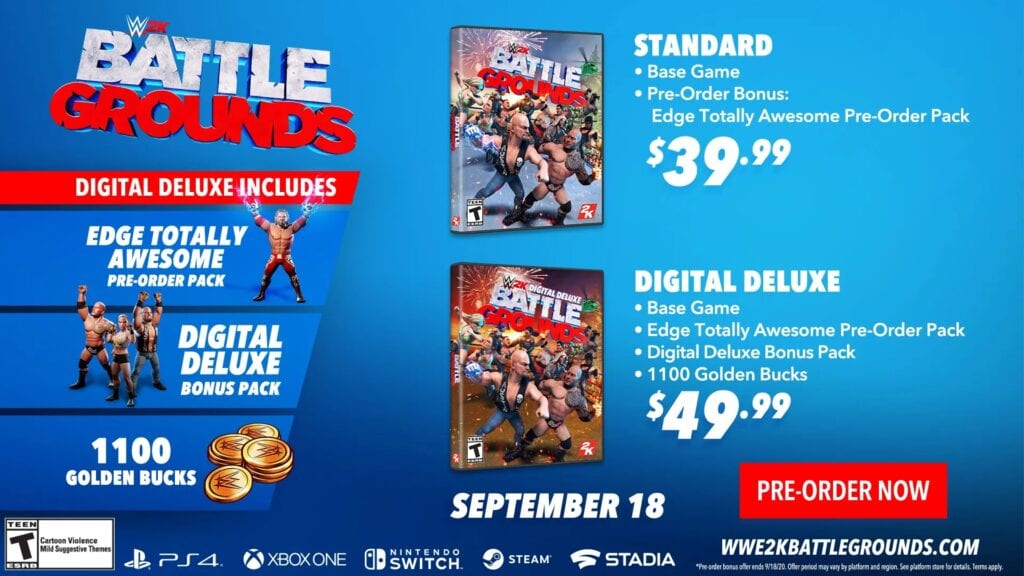 What do you think? Are you interested in checking out Battlegrounds, or are you just hoping WWE 2K22 will be worth the wait? Let us know in the comments below and be sure to follow Don’t Feed the Gamers on Twitter and Facebook to be informed of the latest gaming and entertainment news 24 hours a day! For more headlines recently featured on DFTG, check out these next few news stories: 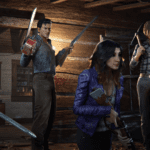