‘Gundam Versus’ Headed Out West for the PlayStation 4 (VIDEO)

Western fans of the giant robotic suit warfare series Mobile Suit Gundam have something to look forward to later this year. Once thought to be exclusively released in Japan, Gundam Versus is headed out west this Fall on PlayStation 4 consoles.

Bandai Namco Entertainment America will be releasing the hit multiplayer title based on the Mobile Suit Gundam universe in the US and Europe sometime in the Fall of 2017, though an exact date has yet to be released at this time. The game promises epic 2 vs. 2 and 3 vs. 3 battles that will feature more than 90 different Gundam suits from the 35 year history of the series. Not only will players have an opportunity to take control of their favorite Mobile Suits, but more than 180 various “Strikers” can be summoned to assist players and their teams on the battlefield. Mobile Suit pilots will have an arsenal of weapons and special abilities to unleash on their opponents on massive battlefields to create the Gundam match-ups of their dreams. Check out the Western release announcement trailer below:

US and European fans have had to settle for importing the titles in the Gundam Vs. series for quite some time now as they have been released exclusively in Japan. There was a worldwide release of Mobile Suit Gundam: Extreme VS-Force released in 2016 on the PlayStation Vita, but did not gain the same traction as the games in the Vs. series. 2015 brought the Gundam-verse to Windows PC with Rise of Incarnates, which was more of a fighting game style rather than a multiplayer battlefield scenario.

Gundam fans, are you excited for the Western release of Gundam Versus? Which is your favorite Mobile Suit? Which series do you prefer? Sound off in the comments section below and be sure to check back with DFTG as more information is released on the upcoming title. Never miss the hottest news in gaming and entertainment by following Don’t Feed the Gamers on Twitter, where you can find around the clock coverage. 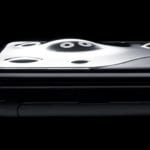